Juan-Pablo is a partner at Action Potential Venture Capital in Palo Alto, CA, and invests in companies that are pioneering bioelectronic medicines and neuromodulation technologies. Juan-Pablo was previously an investor at Lightstone Ventures and Morgenthaler Ventures, where he focused on therapeutic medical devices, mobile health, and biopharmaceutical investments. There he served as a Board Observer at various portfolio companies, including Ardian, Twelve, Holaira, Miramar Labs, Cabochon Aesthetics, SetPoint Medical, and Relievant Medsystems.

Prior to investing, Juan-Pablo led efforts in R&D and Strategy in Medtronic’s CardioVascular Division, including Pipeline Strategy, White-Space exploration, Business Development, and M&A integration efforts. He was named “Medtronic Inventor of The Year” in 2008, and has 30+ patents, granted or pending. Juan-Pablo also launched Effient (prasugrel) during his tenure on the Global Brand Strategy team at Eli Lilly & Co.

Juan-Pablo earned an MBA from Stanford Graduate School of Business. He also conducted research in the Neurology Department at Stanford Hospital, while completing an M.S. in Electrical Engineering at Stanford University. There he worked on biometric signal processing applications such as neural-prosthetics, and EMG-driven feedback systems, and improved ICD algorithms.

Juan-Pablo currently serves on the Board of Directors of the Boston-based non-profit, InnerCity Weightlifting. 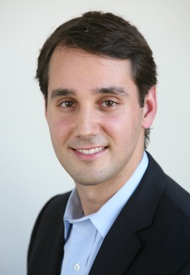