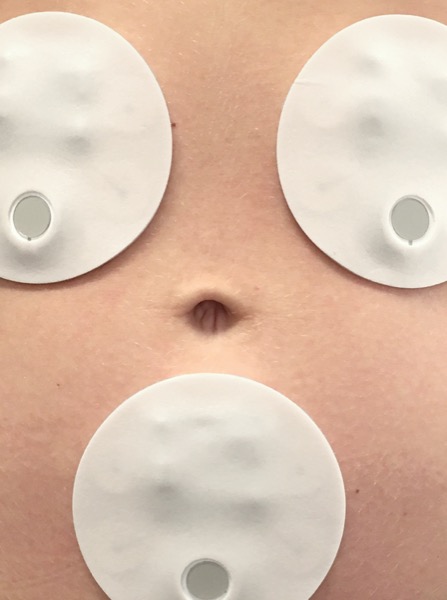 What can be done with a wireless cutaneous patch that measures gastrointestinal activity? Apparently, quite a bit.

When General Surgery News first reported on the technology in 2016 [https://bit.ly/ 32uFqP8], early research showed that the GutCheck patch could measure electrical signals from the gastrointestinal (GI) tract noninvasively, and that it could differentiate healthy controls from individuals with GI symptoms based on those signals.

Since then, the small company behind the patch, G-Tech Medical, has investigated the technology in a handful of settings and patient populations.

For instance, in a study of 75 patients undergoing Whipple procedures, researchers could identify patients who would be able to eat sooner rather than later based on gut electrical activity detected by the patch within 36 hours after surgery (Am J Physiol [Gastrointest Liver Physiol] 2018 Oct 17. doi.org/ 10.1152/ ajpgi.00074.2018).

“We know from ERAS [enhanced recovery after surgery] protocols that one of the most important ways to identify patients who can be discharged sooner is to know when patients can first be fed safely,” said Steve Axelrod, PhD, the president and CEO of G-Tech Medical.

But identifying these patients can be quite hit or miss. “They take into account the patient’s age, how sick they are. They rely on the patient to tell them if they’ve passed gas. It’s very subjective,” Dr. Axelrod said. “But with our system, you can see how each individual is doing and customize their care.”

Another study showed that the GutCheck patch could predict time to first flatus in patients undergoing open abdominal surgery, which again could be used to identify patients ready for feeding (J Gastrointest Surg 2019;23[5]:982-989). A pilot study of postoperative pediatric patients ranging in age from 5 months to 16 years also found the device feasible of monitoring gut myoelectric signals across this broad age range.

At present, researchers are investigating whether the wireless patch could serve as a noninvasive alternative to high-resolution manometry in children.

“We’re seeing a beautiful correlation between the signals measured internally with pressure sensors and the electrical signals we can read externally that come from the GI organs while they’re contracting. We see much of the same activity,” Dr. Axelrod said. “Very recently, we’ve also seen excellent correlation in a pig model between our patches and internal electrodes placed on the stomach, small intestine and colon.”

They are also doing a study on patients with Crohn’s disease who participated in earlier studies; due to restricted activity during the coronavirus pandemic, this study is being carried out remotely.

“This is very exciting—a whole future avenue of being able to help people with GI problems who don’t want to visit a doctor’s office,” Dr. Axelrod said.

This particular patient population is especially resonant to Dr. Axelrod, whose interest in the technology stems partly from raising a daughter with Crohn’s disease.

“This is very personal. We really want to help people,” he said.

That daughter, Lindsay Axelrod, now holds a master’s degree in translational medicine and is one of the company’s three core full-time employees besides Dr. Axelrod and Anand Navalgund, PhD, a medical engineer and G-Tech’s director of clinical science.

G-Tech, which receives support from the Fogarty Institute for Innovation, plans to submit a 510(k) application to the FDA in May 2021.

“We just want to get it out there for researchers to use, because there are so many different potential applications, from surgery to IBD [inflammatory bowel disease] to patients with constipation or nausea or bloating, or people going through the ER with GI pain,” Dr. Axelrod said.

A gastroenterologist who specializes in gut motility disorders at Cleveland Clinic in Weston, Fla., Alison Schneider, MD, sees how the GutCheck patch could be a useful alternative to the technology currently used to evaluate patients.

“It is very difficult to evaluate small-bowel motility. One of the standard tests is a smart pill, which you swallow, but you’d worry about using that in a surgical patient, where you wouldn’t want to unnecessarily pass a foreign body through a fresh anastomosis,” she said.

Manometry, too, Dr. Schneider noted, is quite invasive and rather limited, being offered by few centers.

“We really don’t have a good diagnostic test for bowel function and motility. Using a little patch externally and noninvasively is an exciting concept and would be pretty useful in a number of clinical settings, beyond surgical patients.”