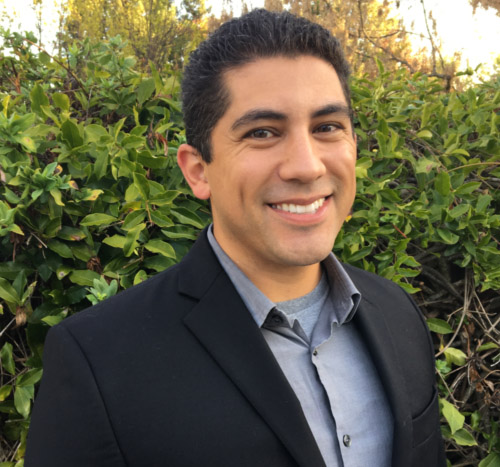 There’s more to startup success than just a great concept or working prototype. For entrepreneurs, being an active member of the community can pay off, as it did for Gabriel Sanchez.

Gabriel is CEO and founder of Enspectra Health, which recently closed a $7.5 million Series A round. Enspectra will use the funding to further develop its technology for quick, noninvasive imaging of skin cancer, perhaps expanding capabilities in machine vision and AI. Gabriel met Enspectra’s lead investor, Tsingyuan Ventures, through the Rosenman Innovator program last June. (Applications for the 2019 cycle close on Thursday, April 18)

A Stanford PhD, Gabriel has always made a deliberate effort to reach out to his peer group and the broader community. Many connections in the Bay Area medtech world have been important to Enspectra so far, including the Fogarty Institute, where Enspectra is a company-in-residence; Silicon Valley’s Band of CEOs, of which Gabriel is a member; and the UCSF Rosenman Institute. “I want to talk to a breadth of people,” he says, “and not just when funding is on the line.”

According to Gabriel, the UCSF Rosenman Institute is a gateway into UCSF, including the hospital and clinical side. “A lot of dermatopathology is done at UCSF,” he says. The institute connects founders with a wealth of service providers, investors, and entrepreneurs. “There’s a collective pulse on the investing environment,” he says, and founders are always introducing other founders to investors. Through Rosenman, he met Nick Damiano, co-founder and CEO of Zenflow (a 2017 Rosenman Innovator) who had just closed a $31 million Series A. “That was my motivation to get in” and pitch investors in earnest, he says.

Gabriel has also found Rosenman seminars have taught him a lot about the practical aspects of launching a startup. He has worked closely with Rosenman D-Series speakers Sanaz Saatchi and Amie Borgstrom. While Gabriel initially came to D-Series talks to learn about regulatory issues, reimbursement increasingly became a primary concern. Fortunately, Amie’s advice about reimbursement helped him hone his pitch for investors.

Now that Gabriel and Enspectra are part of the Rosenman community, everyone will benefit. “Medtech is a small world and we have to be active participants,” he says. “There’s always someone a step ahead, who can give you advice. There’s always someone just behind, to whom you can lend a hand.”