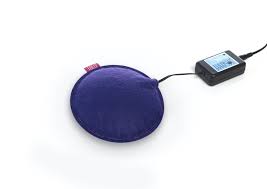 Shrieking, thrashing and with no way to console them – it’s a parent’s nightmare. But for kids, it’s known as a “night terror.”

Sleep specialists say kids seem to be in a kind of trance: though their eyes are open, parents can’t wake them up until the episode is over.

She and her husband Tiem Song say they panicked when their daughter Madelyn had her first night terror when she was just 14 months old.

“It sounded very much like she was in pain. She would sit up and twist her body around,” Lin said.
Lin and Song tried ‘jostling’ her to wake her before night terrors would start, but tracking the time became tedious.

The Songs tried the Lully Sleep Guardian, created by a San Francisco startup. The company, started by a former Stanford fellow, is trying to help kids and parents stay asleep longer, creating a device and app to help calm kids’ night terrors.

Read more and watch the video at CBS Bay Area