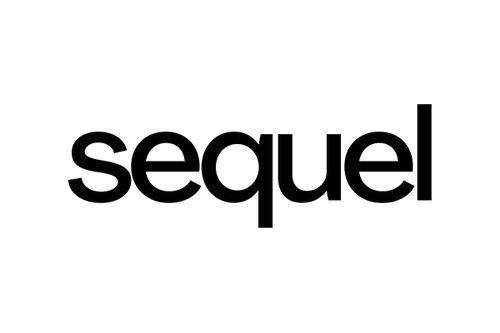 Sequel is a Rosenman Innovator company. From the press release

Sequel, a startup engineering better health and wellness experiences for women starting with a leakage-preventing tampon, launched today and announced that it has raised $5 million in seed funding. Founded by two high-level athletes and Stanford engineers, Sequel’s mission is to raise the standard of women’s products with better design and superior technology. This funding will fuel Sequel as the company brings its first novel product to market, reinvigorating a space that has not seen innovation for 80 years. MaC VC, Pear Accelerator, Long Journey Ventures, Ulu Ventures, Graph Ventures and other strategic angels, including Cyan Banister and Nurx CEO Varsha Rao, contributed to this round.

Sequel has re-engineered tampons for distraction-free periods. The company’s proprietary spiral design is more fluid mechanically efficient, meaning it absorbs fluid more evenly and won’t leak before it’s full. With two granted patents and three patents pending, Sequel was invented for peak performance—from the boardroom to the stadium and everything in between.

“We are driven by a vision where a better tampon is just the beginning of a movement to raise the standard of women’s products,” said cofounders Greta Meyer, CEO, and Amanda Calabrese, COO. “We are building the products we wish we had on game day, elevating the standards for products long left behind. With so many things to worry about, a leaking tampon shouldn’t be one of them.”

Sequel was founded in 2018 by Meyer and Calabrese, who were both Stanford product design engineering students and elite athletes. Meyer played Division 1 lacrosse at Stanford and was an Under Armour All-American athlete, while Calabrese was a member of the USA Lifesaving Team and 9X National Champion. Throughout their athletic careers, Meyer and Calabrese struggled with period care during high-level athletic competitions, and they knew they were not alone. The duo looked critically at period products and realized that all the options on the shelves were uncomfortable, leaked, and were essentially the same, even when they were marketed as different. They saw an opportunity to build a better performing tampon.

“In a space saturated by private label brands that haven’t innovated in years, Sequel is committed to building an IP portfolio that is unprecedented,” said Adrian Fenty, founding managing partner at MaC VC. “Their design and manufacturing innovations are really exciting, and I believe they will grow Sequel into a game-changing, market-shifting company.”

The Sequel team spent a year in research and development to invent their new-and-improved tampon. They tested the product on the bench and with early beta testers, and built out an all-new manufacturing method. They are preparing to submit for FDA clearance in the new year and take the product to market in 2022. Sequel is also working with star gymnast, artist and activist, Katelyn Ohashi as a creative advisor.

“Performance athletes need new offerings that are impactful to women,” said Ohashi. “Few things are more off-putting before an important event than worrying about a bulky pad or leaky tampon. Women deserve better, and I am so excited to be working with Sequel as the company ushers in a new era for personal products.”

Sequel is engineering better health and wellness experiences for women starting with a leakage-preventing tampon that relies on a proprietary, fluid-mechanically-efficient design. Founded by two high-level athletes and Stanford engineers, Greta Meyer and Amanda Calabrese are building the products they wish they had on game day, and elevating the standards for products long left behind.