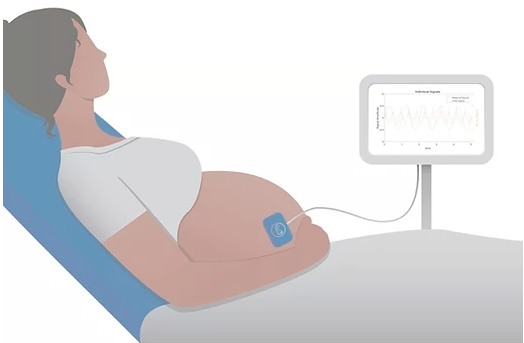 Raydiant is a Rosenman Innovator and Founders Pledge company. From Electronic Products & Technology

Photonics – the science and technology of light – is a technology that’s been around for decades, but was still virtually unnoticed, until lately. The medtech industry is just beginning to exploit this hugely promising technology as recent advancement have made the technology more accessible with many potential applications, ranging from diagnostics to surgical tools to therapeutics

However, the biggest impediments to achieving technology-driven breakthroughs in photonics for medtech include funding and timing. For early stage companies, costly R&D is needed to create viable applications, with a huge demand for skilled photonics researchers that are in short supply. These problems in turning propitious new ideas into products that attract investors can be an insurmountable barrier for fledgling companies. One California medtech start-up, Raydiant Oximetry took an unusual path for a U.S. firm to move its innovative idea forward.

Dr. Ray wanted to quickly commercialize his product idea to get it into the hands of clinicians and their patients, who would greatly benefit. His concept is based on pulse oximetry to measure fetal oxygen levels non-invasively through a mother’s abdomen. Given the high incidence of unnecessary C-sections undertaken because of inaccurate fetal monitors, his low-cost, easy-to-use biomedical device could make a significant difference to mothers while greatly lowering delivery costs.

In the midst of unsuccessfully locating R&D partners in his home country, Dr. Ray attended a medtech conference in Ireland, including a visit to the Tyndall National Institute, a leading European research centre in integrated ICT (Information and Communications Technology) hardware and systems. It is one of many government-created organizations in Ireland that fund and execute R&D in collaboration with industry. This visit changed the trajectory of his future efforts.

Dr. Ray soon had the solution to his R&D dilemma and more. “In terms of cost, (Tyndall was) able to co-fund the cost of the initial proposal through its hosted centre, the Irish Photonics Integration Centre (IPIC), funded by Science Foundation Ireland (SFI),” he explained. “We literally paid one third of the cost out of our pocket, while IPIC co-funded the rest. They understood the timelines and were able to complete our first proposal within three months. Institutions in the U.S. were saying a year to complete that proposal.”

Finally, Tyndall has an attractive policy regarding technology access. “For industry-sponsored research it is possible to get automatic non-exclusive, or exclusive, rights to the generated IP, dependent on the funding model used” he remarked.

At this point, Raydiant Oximetry has recently raised about $12-million in Series A and Series B funding to move its product toward completion, with the funding available in Ireland from various sources a critical success factor in proving its technology to be viable enough to attract investors. In addition to the co-funding provided through IPIC, the company applied for a $3-million grant from Ireland’s Disruptive Technologies Innovation Fund (DTIF) and got approval last spring, which also helped the R&D process.

As his product makes its way to market, Dr. Ray intends to exploit other abundant Irish resources. “We’re not limiting ourselves to just working with Tyndall,” he explained. “We’re going to be looking for opportunities for manufacturing, clinical research, preclinical research and doing whatever we need to do there in a way that’s cost effective and makes sense,” he stated. Dr. Ray will also be utilizing Ireland’s 25% R&D tax credit and more affordable skilled labor costs.

Besides support from Tyndall, IPIC and DTIF, Ireland can offer U.S. medtech companies dedicated researchers and co-funding from other SFI funded centers, such as the Centre for Applied Data Analytics and Machine Intelligence (Ireland’s AI innovation hub), the Lero Software Research Centre and others. In addition, American companies with Irish operations and an interest in utilizing photonics technology are able to tap into attractive EU R&D funding sources, such as the Horizon Europe €95.5 billion research and innovation program, according to Dr. Patrick Morrissey, Head of Photonics Operations at Tyndall.

“We have about 220 researchers here in photonics,” he reported. “We do a lot of work with companies from many sectors, from medtech to consumer devices, where we help them to develop technology. Photonics is quite complicated and entails many scientific disciplines, and therefore can be very challenging for one company to do everything. One of the things we’re good at is helping companies engage with other companies through us, to build partnerships that not only develop the technology, but also support it through to manufacturing. Also, we train many PhDs and senior researchers, who then transfer to industry.”

According to Dr. Morrissey, Tyndall is working on projects with some big medtech firms, such as Stryker and Boston Scientific, in addition to smaller start-ups like Raydiant Oximetry. A lure for U.S. firms beyond the research and funding resources is easy access to the vast European market. “A lot of American companies that come here see a very safe and easy way to transition into Europe,” he said.

Indeed, this was a key factor for Dr. Ray. “For us, the European market is actually bigger than the U.S. market,” he stated. “There are four million childbirths in the U.S. annually while Europe has seven million births each year. It’s a very big market opportunity for us.”