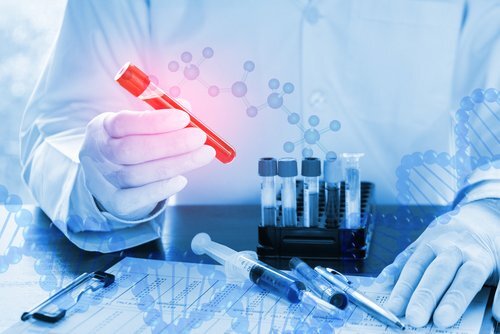 MicroRNAs in Blood May Be Markers for Diagnosing Endometriosis

Home » Blog » MicroRNAs in Blood May Be Markers for Diagnosing Endometriosis

Analyzing tiny RNA molecules in the blood could help to diagnose endometriosis early and without the need for surgery, a new study suggests.

The study, “Accurate Diagnosis of Endometriosis Using Serum MicroRNAs,” was published in the American Journal of Obstetrics & Gynecology.

Many people with endometriosis wait years before they obtain a correct diagnosis. Currently, the gold standard for diagnosing the disease is laparoscopy — a surgical procedure where a small cut is made in the abdomen, through which a thin tube with a camera is inserted, allowing doctors to directly look at internal organs.

As with any surgery, risks are associated with undergoing laparoscopy, so it is rarely performed early on, leading to delays in diagnosis. A need for less invasive diagnostic methods exists, but, to date, there has been little progress in this field.

“The standard of care for endometriosis diagnosis has not meaningfully improved in over one hundred years, when laparoscopic surgery was first performed,” Hugh Taylor, MD, a professor at Yale School of Medicine, and co-author of the study, said in a press release.

MicroRNAs (abbreviated miRNAs) are a class of small RNA molecules. Unlike messenger RNA, miRNAs don’t code for proteins; they have various other functions, including controlling gene activity.

Previous research showed that the levels of some miRNAs are altered in the blood of women with endometriosis, suggesting that measuring these miRNA levels could be diagnostically useful.

Researchers put this idea to the test, and analyzed the feasibility of using serum microRNAs as diagnostic biomarkers of endometriosis.

The team collected blood samples from 100 people (mean age of 34.1) undergoing laparoscopy for suspected gynecological issues. After the procedure, 41 were diagnosed with endometriosis; the remaining 59 either had no abnormalities or had non-endometriosis gynecological conditions.

Results showed that the levels of miR-125b, miR-150-5p, miR-342-3p, and miR-451a were significantly increased in people with endometriosis, while miR-3613-5p and let-7b were significantly decreased, relative to those without the disease.

“Despite the inability to distinguish stage of disease, in our test the ability to capture early stage disease may have significant clinical advantages,” the researchers wrote, adding that more research is needed to further clarify the association between miRNA levels and endometriosis stage.

Importantly, the levels of miRNAs did not vary significantly during different phases of the menstrual cycle, or with the use of hormonal birth control. These properties make them amenable to diagnostics.

Researchers fed both the data on miRNA and laparoscopy diagnosis into computer algorithms, constructed using machine learning, to predict the presence or absence of endometriosis.

The algorithm was then tested in an independent group of 48 people (24 with endometriosis and 24 without, as controls) to validate its diagnostic performance.

Researchers also calculated the area under the curve (AUC) — a statistical measure that reflects the ability of a model to differentiate between classes, in this case the presence or absence of endometriosis. A perfect model would have an AUC score of one.

The model using the six miRNAs had an AUC score of 0.939, indicating a high accuracy.

“This is the first report showing that miRNA biomarkers can reliably differentiate between endometriosis and other gynecologic pathologies with an AUC [higher than] 0.9 across two independent studies,” the researchers wrote.

“The ability to diagnose endometriosis non-invasively could reduce the surgical risk, years of discomfort, hospitalizations and healthcare spending, and ultimately, disease progression and associated comorbidities and healthcare costs,” they added.

Two of the six researchers involved in the study either hold options in, or received consulting fees from, DotLab, a company developing endometriosis diagnostics.