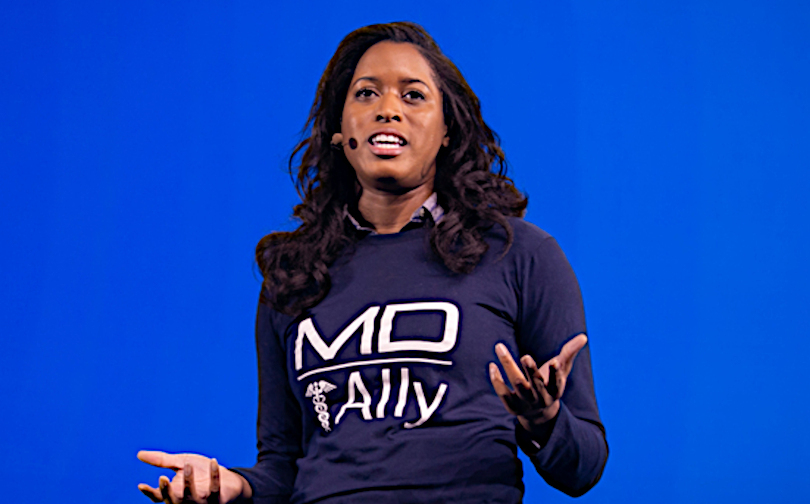 Americans make an estimated 240 million calls to the 911 emergency phone number each year. Many of these are related to injuries and illnesses, but not all of them necessarily need a trip to the emergency room. Instead, many cases can be effectively treated by non-urgent care providers. But how to match these patients with the treatment they need while reducing the caseloads of ER doctors? That’s where MD Ally comes in.

MD Ally is a Black-owned telehealth startup that provides emergency dispatchers and responders with tools to connect 911 callers with health care providers, who can diagnose and potentially treat them without an immediate ER visit.

As of this writing, MD Ally has won $4.6 million in seed funding, with the most recent round having completed in 2021. Its founder, Shanel Fields, discussed how she built the company with host Dan Kihanya of the Founders Unfound podcast, which regularly highlights founders from diverse backgrounds.

Fields, a New York native, incorporated MD Ally shortly after she moved to Philadelphia to attend business school. “My second year while I was there, I was traveling around the country in between classes, doing ride-alongs with first responders and shadowing [911] dispatchers,” she says. “So I was in Houston, San Francisco, Boston, Arizona, and trying to fly back before maybe I had an exam or a class that I had to take.”

However, even armed with firsthand experience, Fields found that building a telemedicine solution for emergency services presented several challenges. One was technological; she would need to build tools to help her customers integrate MD Ally’s solution with the diverse tools and software they already used. And then there’s the fact that health care is a highly regulated area, particularly under the Health Insurance Portability and Accountability Act (HIPAA).

However, one real advantage she brought to the table, she feels, was her African-American identity. Her ties to that community allowed her to pinpoint unique challenges that low-income populations often face when seeking health care, such as longer ambulance wait times.

“That’s not to say that all low-income or indigent communities are African-American, because they’re not,” Fields says. “I think it was just a big aspect of really caring about health equity and that standpoint.”

Four years on since MD Ally first launched, Fields is still looking for ways to improve its offering. For example, she has explored integrating a technology developed from U.S. government research that uses machine learning (ML) techniques to identify red flags in patient speech patterns that might indicate post-traumatic stress disorder (PTSD) or suicidal thoughts.