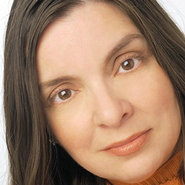 Kimberlie Cerrone, Founder and CEO of Tiatros, a 2020 Rosenman Innovator, has been named to Inc. Magazine’s list of the top 100 women entrepreneurs of 2020.

Kimberlie Cerrone—a longtime Silicon Salley IP lawyer and startup strategist—started Tiatros in 2010 to make therapy more accessible. Her company provides employees, through their companies, online mental health programs that consist of 90 minutes of videos and activities, completed online every week while in digital conversation with peers, supervised by a Tiatros facilitator.

This isn’t meant to be deep Freudian analysis — the programs are based on methods such as cognitive behavioral therapy and dialectical behavioral therapy. Cerrone likens it to going to the gym for your emotional wellness. She isn’t speaking hyperbolically when she says she wants Tiatros “to have essentially infinite scale and reach.

Cerrone was inspired to start Tiatros in the early 2000s when both her sons, who enlisted after 9/11, came home to San Francisco with PTSD. Despite advantages such as affluence and familial support, they struggled to get mental-health care for two years, Cerrone says. “It’s a trillion dollar, worldwide problem,” she notes. In the pandemic, with spiking rates of reported anxiety and depression, the access issue has only become more acute. Her mantra: “People are way more important than ideas, and ideas don’t mean anything until they turn into plans.”