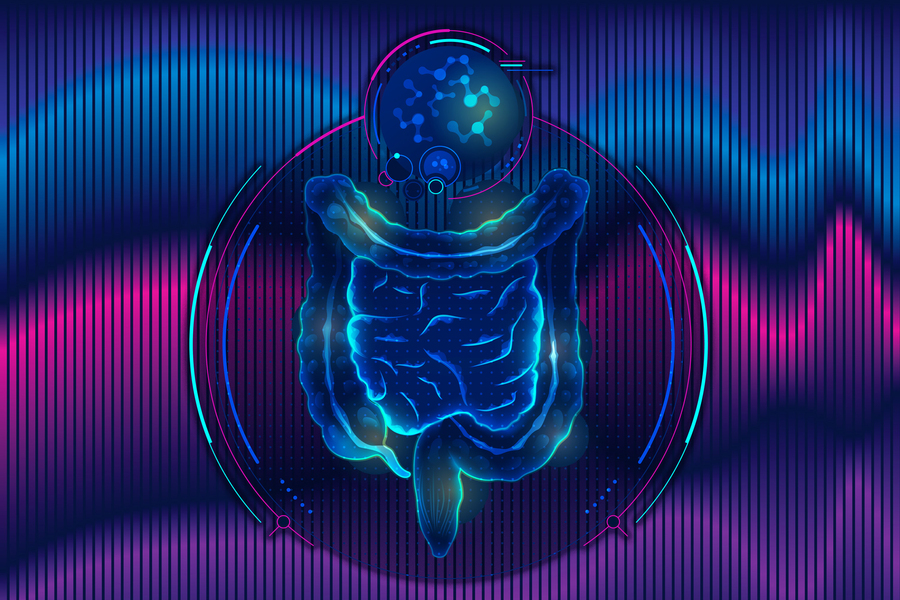 Suono Bio is a portfolio company of our affiliated VC firm, MedTech Venture Partners, and a Rosenman Founders Pledge member.

It can be difficult to get drugs to disease sites along the gastrointestinal tract, which spans the mouth, esophagus, stomach, small and large intestine, and anus. Invasive treatments can take hours as patients wait for adequate amounts of drugs to be absorbed at the right location. The same problem is holding back newer treatments like gene-altering therapies.

Now the MIT spinout Suono Bio is advancing a new approach that uses ultrasound to deliver drugs, including nucleic acids like DNA and RNA, to the GI tract more effectively. The company believes its technology can be used to get a broad array of therapeutic molecules into the areas of the body that have proven most difficult to drug.

“Ultrasound is a well-known technology that’s been used for decades in the clinic,” Suono co-founder and CTO Carl Schoellhammer PhD ’15 says. “But now we’re doing something really unique and novel with it to facilitate the delivery of things that couldn’t be delivered before.”

Suono’s technology is the culmination of more than three decades of discoveries made in MIT labs by researchers including Schoellhammer and fellow Suono co-founders Robert Langer, who is the David H. Koch Institute Professor at MIT, and Giovanni Traverso, an assistant professor at MIT. The platform takes advantage of a phenomena in which ultrasound waves create little jets in liquid that can be used to push drugs into cells.

The company’s first treatment program targets ulcerative colitis. Last week, Suono announced a funding round to advance that program and others in its pipeline into clinical trials.

Beyond that first program, the founders say the platform could be used to deliver a range of molecules, from nucleic acids to peptides and larger proteins, to any part of the GI tract. And although the first iteration of Suono’s delivery platform will leverage hand-held systems, the founders believe the technology could one day be contained in a battery-powered, ingestible pill.

“That [first drug candidate] is the proof of concept where we could potentially solve a very pressing clinical problem and do a lot of good for a lot of patients,” Schoellhammer says. “But then you’ve de-risked the whole platform, because the trial is applying ultrasound to a mucosal surface, and your entire GI tract is one big mucosal surface. So, all the subsequent products that we do, even in other form factors, will build on each other.”

A discovery with promise

Schoellhammer was a PhD candidate in chemical engineering between 2010 and 2015. During that time, he was co-advised by Daniel Blankschtein, the Herman P. Meissner Professor of Chemical Engineering, and Langer, who has co-founded over 40 companies.

Langer and Blankschtein first discovered that ultrasound waves can be used to help drugs pass through the skin in 1995. When ultrasound waves pass through a fluid, they create tiny, imploding bubbles that, upon popping, create forces capable of delivering drugs into cells before the drugs degrade. Nearly two decades later, Schoellhammer and collaborators at MIT took that discovery a step further by applying two different beams of ultrasound waves to skin simultaneously to further enhance the cell-penetrating forces.

At the time, Traverso was a gastroenterology fellow at the Massachusetts General Hospital completing the research portion of his training in Langer’s lab. Schoellhammer, Traverso, and other collaborators decided to see if ultrasound could enhance drug delivery to the GI tract. “It seemed to work so well on skin we figured why not try other places in the body,” Schoellhammer remembers.

Drugs typically need to be encapsulated by a protective coating to be delivered into the body without degrading. For the researchers’ first experiment, they combined raw biologic drugs and ultrasound waves. To their surprise, the drugs were absorbed effectively by the GI tract. The method worked for the delivery of proteins, DNA, RNA, and forms of RNA used in treatments, such as mRNA and siRNA.

“Long story short, we just found that everything works,” Schoellhammer says. “We could deliver a broad range of classes of drugs without formulation. The GI tract is designed to absorb, but it generally absorbs small molecules. Anything larger, whether it be biologics, proteins, gene therapies, are degraded because at the same time the GI tract is a very inhospitable environment. It has a low pH and a wealth of proteases and nucleases to chew up all these molecules. So, delivery of those sorts of compounds to the GI tract is kind of the holy grail.”

The breakthrough convinced Schoellhammer the technology could one day improve treatment options for patients, and he went on to work with the Deshpande Center for Technological Innovation, participate in the MIT $100K Entrepreneurship Competition, receive funding from The Engine investment fund, and embrace a number of other educational experiences he says were integral to starting Suono.

“It’s mentors like Bob, mentors like Gio, being able to take classes at MIT’s business school, working with the Technology Licensing Office at MIT and getting to learn from their perspective in terms of what they’re looking for in protecting technology and engaging external groups, support from the Deshpande Center where we got an early grant; I was also the recipient of the 2015 Lemelson-MIT Program’s student prize,” Schoellhammer says of the things that helped his entrepreneurial journey. “Without all those pieces, Suono doesn’t exist, and the technology doesn’t exist to hopefully one day get to patients.”

Subsequent research confirmed the ultrasound delivery method could be used to deliver drugs anywhere along the gastrointestinal tract. It also showed the drugs were absorbed far more efficiently and had more positive effects than treatments that used other delivery methods.

“The breadth of molecules that can be delivered is extremely unusual for a drug delivery technology, so that’s really exciting,” Traverso says. “Those observations are further bolstered by the recoveries we’ve seen when ultrasound has been applied in GI disease models.”

Suono expects to begin clinical trials in the next 12 to 18 months. The founders believe getting one drug approved will not only validate the efficacy of their approach but simplify regulatory hurdles for future drugs, even if later treatments look much different from what’s being administered today.

“Ultrasound can be packaged in many different form factors, so it could be in a system that’s giving an enema, on an endoscope, or in a pill,” Traverso says. “Using ultrasound in all of those ways opens up many new opportunities. The work now is identifying the top opportunities given that so many things could be done.”

In addition to inflammatory bowel disease, Suono is exploring treatments for many other disorders of the GI tract. The localized delivery platform could make treatments of certain cancers, for example, more precise and effective.

“Like any company, we have to think very hard about the logical lead indication,” Schoellhammer says. “And so, we’re starting by targeting ulcerative colitis. But that’s not where we’re ending. That will build the value of the whole platform, which will ultimately one day be fully ingestible systems for oral delivery of anything: oral delivery of biologics, oral delivery of nucleic acids. It’s that long-term vision we’re focused on with this path.”