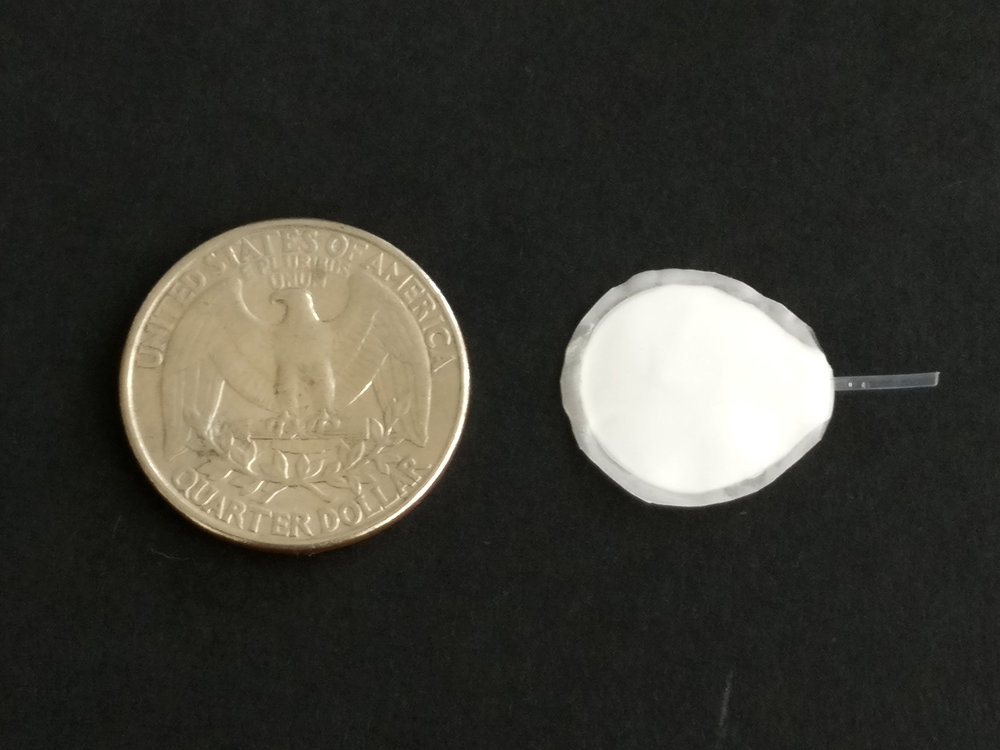 A coin-sized, semipermeable pouch is key to the proposed implant. The pouch allows cells inside to thrive and release insulin, the researchers say, while protecting the cells from immune rejection. Courtesy of Encellin

Scientists in California think they may have found a way to transplant insulin-producing cells into diabetic patients who lack those cells — and protect the little insulin-producers from immune rejection. Their system, one of several promising approaches under development, hasn’t yet been tested in people. But if it works, it could make living with diabetes much less of a burden.

For now, patients with Type-1 diabetes have to regularly test their blood sugar levels, and inject themselves with insulin when it’s needed.

Some researchers are developing machines to automate that process.

But Crystal Nyitray, founder and CEO of the biotechnology startup Encellin, in San Francisco, didn’t want to use a machine to treat diabetes. As a graduate student in bioengineering at the University of California, San Francisco a few years ago, Nyitray wanted to try something different: living cells.