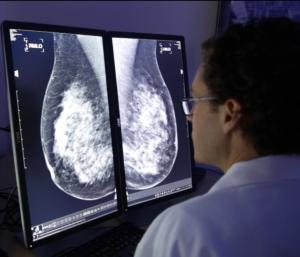 CureMetrix®, a healthcare technology company that develops computer-aided detection (CAD) software based on artificial intelligence (AI), announced today that it has received clearance from the U.S. Food and Drug Administration to market its product cmTriage™.

CureMetrix cmTriage is a workflow optimization tool that enables a radiologist to customize, sort, and prioritize their mammography worklist based on cases that may need immediate attention. Rather than today’s method of first in, first out for reading through a screening mammography worklist, radiologists can now use cmTriage to identify which cases are suspicious and focus on those first. They can also use cmTriage to optimize their clinical workflow by sending the suspicious cases to their most senior radiologists or reading the suspicious cases immediately before the patient has even left the clinic.

CureMetrix cmTriage has an area under the curve (AUC) of 0.95. With this high level of efficacy, radiologists can expect cmTriage to highlight the suspicious cases without excessive false positives.

“Early and accurate detection in breast cancer is key in improving cancer survival rates worldwide through the development of next generation medical image analysis solutions. With 40 million mammograms a year in the U.S., only five cancers per 1,000 are being found at screening. cmTriage allows the radiologist to prioritize their worklist, creating the potential to help doctors move more quickly through their reviews and find those cancers by highlighting the suspicious cases.

“Our ability to bring cmTriage to the medical community is a major milestone in our mission to deliver CAD that Works® to support the radiologist and the patients they serve,” said Kevin Harris, CEO and Board Director for CureMetrix.

“On average, early signs of breast cancer may be missed up to 50% of the time on mammograms. Analysis of mammograms with cmTriage has the potential to help radiologists focus on the suspicious cases and increase their productivity. This will allow for more time to engage with our patients and the healthcare team.

“Providing radiologists with the most advanced technology and tools like cmTriage to support their evaluation of mammograms will lead to improved clinical outcomes,