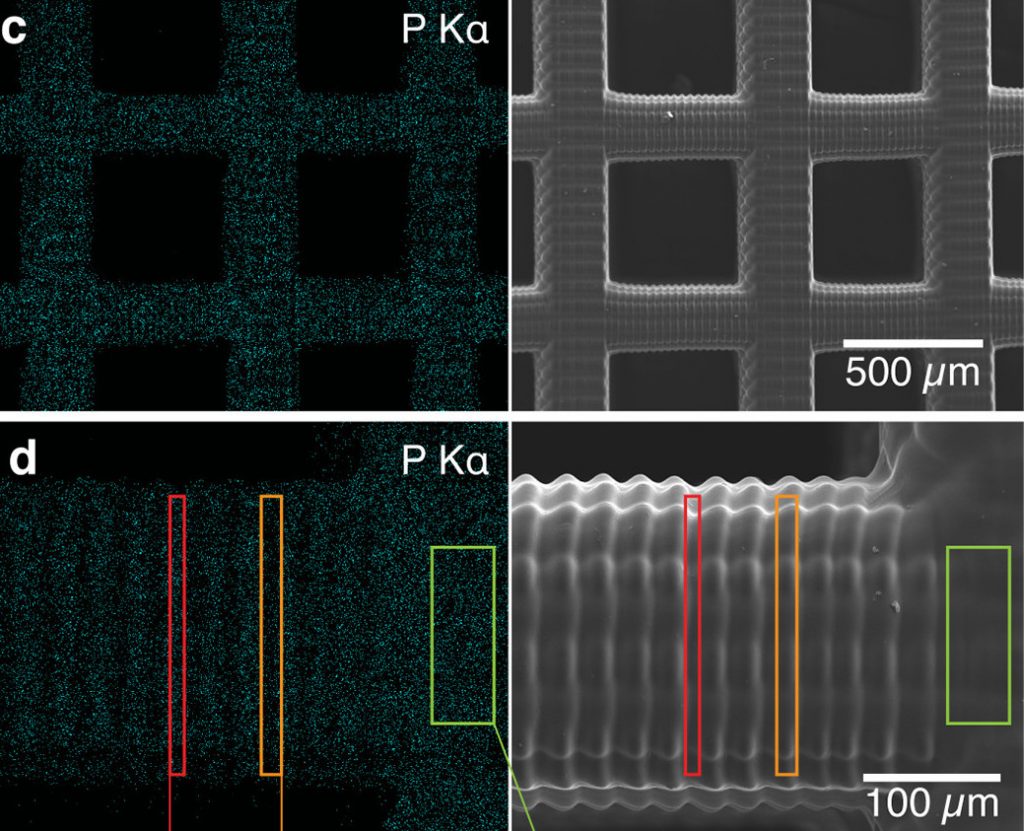 ChemoFilter is a company participating in the Rosenman Internship program.

From the article at 3D Printing Industry.

Scientists at the California Institute of Technology and UC San Francisco have developed DNA-loaded 3D printed structures that are capable of directing chemotherapy drugs towards affected organs and away from healthy tissues.

Nicknamed ‘ChemoFilters,’ the researchers’ novel devices can be injected into patients during intra-arterial chemotherapy, to drain affected organs and prevent toxic agents from entering their bloodstream. Thanks to their genomic DNA coatings, the team say that ChemoFilters are capable of capturing doxorubicin with high efficacy, and shielding patients from the side effects of off-target toxicity.

According to an American Cancer Society study, cancer deaths are set to top 16 million by 2040, a statistic that casts doubt over the efficacy of current treatments. While chemotherapy has become a powerful tool in the fight against the disease, its success remains limited by ‘systemic toxicity,’ a phenomenon in which drugs not taken up by cancer cells kill healthy ones instead, often causing organ damage.

To make matters worse, many chemo-drugs demonstrate greater efficacy at higher doses, forcing clinicians to choose between maximizing tumor suppression and avoiding damage to surrounding tissues. Where more targeted treatments have been developed, they’ve also come with lengthy R&D times as well as other debilitating side effects, that can make treatment unpalatable to patients.

In order to get around this, UC San Francisco scientists first created ChemoFilters back in 2014, which were coated in external DNA so that chemo-drugs would attack them rather than healthy cells, but despite attempts to iterate on the team’s initial design, the limitations of drug-binding materials have prevented the production of upgraded devices.

More recently, however, researchers at the nearby University of California, Berkeley have found that sulfonated 3D printed copolymers have excellent drug-capturing potential. Taking inspiration from the success of their compatriots, the Caltech and UC San Francisco team now propose that coating polyacrylates with DNA, could make them even more effective for in-vitro drug-capturing applications.

The team found electrostatic interactions to be the most effective means of achieving DNA bonding. Image via the Applied Materials and Interfaces journal.

To start with, the scientists used an Autodesk Ember DLP 3D printer and PR48 resin to produce a set of 12 mm (W) x 2.5 mm (H) cubic lattices. Each device featured 16 x 16 x 3 internal units with openings of ∼500 μm, making them large enough to allow cells to flow through, and their overall structure sufficiently small for in-vitro deployment.

Once ready, the team coated their parts with genomic DNA using two different techniques. In the first method, untreated lattices were soaked in an acidic DNA solution, while the second saw the researchers combine electrostatic interactions and UVC cross-linking to bind negatively-charged genomes onto their devices.

Before the scientists even got into testing, they could tell that the former led DNA strands to clump into fibrous masses instead of coating lattice surfaces, resulting in fewer layers. To maximize the drug-absorption performance of their devices, and prevent potential DNA ‘leakage,’ the team therefore soaked them in PBS ahead of testing, during which they exposed them to doxorubicin within in-vitro conditions.

Compared to ordinary lattices, the researchers’ novel devices proved capable of capturing almost double the quantity of cancer drugs, leaching onto 100 pg of genomic DNA per mm2 of material every 30 minutes, leading the team to conclude that they represent “a significant step towards the translation of these devices into clinical applications.”

“The reduction of off-target toxicity in chemotherapy from a device approach has immense implications, and has the potential to improve how we manage cancer,” concluded the team in their paper. “More generally, we hope that this concept of drug capture can be extended to tackle other problems in medicine that have to contend with off-target toxicities.”

Researchers are increasingly developing novel 3D printing materials and approaches that help ease the suffering of those cancer patients undergoing chemotherapy treatments. Just last month, a collaborative of scientists developed 3D printed gastrointestinal shielding that effectively reduces the radiation of healthy mouth and stomach cells by up to 30%.

At North Carolina State University, researchers have additive manufactured breast radiotherapy antennas for patients to wear during microwave hyperthermia procedures. The devices are not only customizable, making them more comfortable for wearers, but their dielectric constant can potentially be adjusted to outperform conventional devices.

Likewise, Pohang University of Science and Technology (POSTECH) scientists have 3D printed throat stents capable of easing the symptoms of esophagitis. Based on a cell-derived bio-ink, the team’s dumbbell-shaped devices are designed to help reduce any oral inflammation caused by radiotherapy, enabling patients to eat more comfortably.

The researchers’ findings are detailed in their paper titled “3D-Printed Drug Capture Materials Based on Genomic DNA Coatings,” which was co-authored by Daryl W Yee, Steven W Hetts and Julia R Greer.