After the U.S. Government’s declaration of Juneteenth as a federal holiday in 2021, UCSF employees will be given Monday, June 20th off to observe the holiday. Juneteenth celebrates the emancipation of enslaved African Americans. It serves as an opportunity to uplift Black voices, celebrate Black history, and take steps to create a more equitable future.

At the Rosenman Institute, we believe it’s important to put the work into diversifying the health and medtech industries. We spoke with James Lott, the CEO of pharmaceutical prescription company Scripted, about his experiences as a Black CEO and person working in medtech. He discussed with us the challenges Black entrepreneurs can face when trying to start their own companies.

“When you have a really big, hard idea that needs to be solved, I feel like it’s harder to actually get funding as a first-time Black founder,” Lott said. “I feel like they might fund a basic idea that had already been solved, but a looming idea here that could help a billion people across the world—you can’t get the funding for it until you fix half the problem.”

This subtle bias in the medical field is a notable issue that has persisted for a long time. Not only do BIPOC medtech entrepreneurs face extra challenges in seeking investment from (primarily white) investors, but they’re also less likely to see people who look like them in the industry. None of the largest medtech companies have a CEO of color at the helm, and the executives at these companies are nearly all white as well.

When asked about how this type of implicit racism can be rectified, Lott emphasized the importance of having Black individuals in positions of power.

“Power really lies beside people closer to the money,” Lott said. “It’s great that people have diversity and inclusion officers that are typically BIPOC, but let’s put these people in positions of real power. Trust them with your money and your resources and the things that are close to the company.”

“The world has been working the way it’s worked for hundreds of years by people who look the exact same, and we’re still not doing great,” Lott stated. “So why don’t we give people who have different perspectives an opportunity?”

James Lott graduated from Chicago State University with a Doctorate of Pharmacy and University of Chicago with a Masters of Public Policy. His company, Scripted, is a new service that enables pharmacists to directly prescribe treatments and administer services for common conditions. You can learn more about them on their website here. 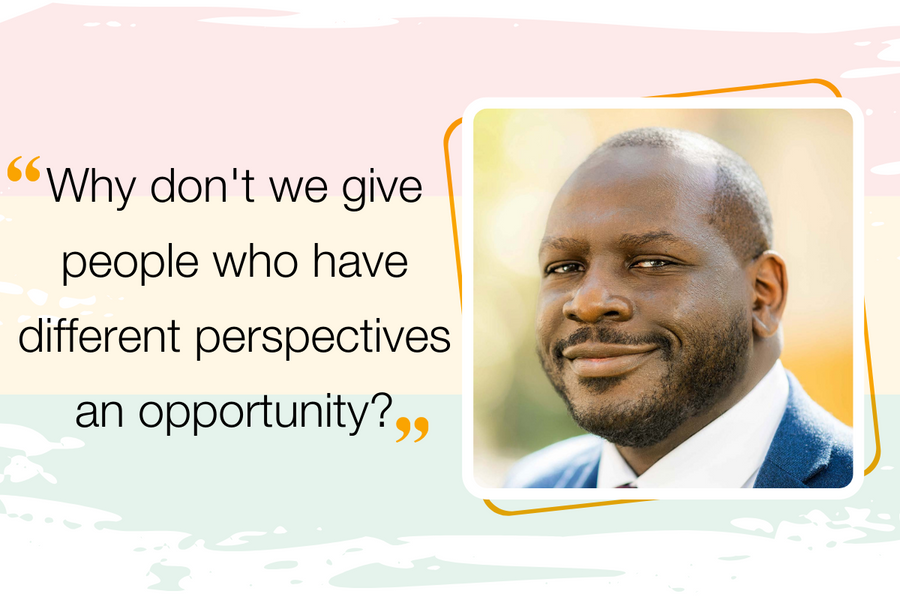